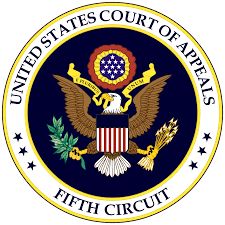 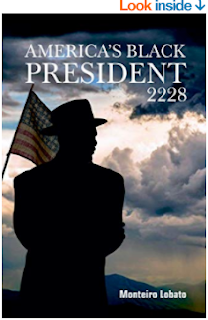 As Great Britain liquidated State and municipal bonds and improvement debentures in These Sovereign States, money became scarce and violence broke out everywhere in what was dubbed the Panic of 1837. Armed mobs roved the streets setting up roadblocks. Others no less rowdy commandeered militia fieldpieces to attack government buildings.(link) Since English opium dumping was what Chinese nationalists had expelled, it is unsurprising that neo-Communist Chartist movements promptly perplexed Her Majesty's Victorian government with violence almost American in its intensity in places like Birmingham.(link)

There is a Gentlemen's Agreement in place to omit mentioning any connection between the opium traders being invited to leave China and the series of financial Panics, Crashes, Depressions, Wars and dictatorships that ensued on both sides of the Atlantic. Tall tales invented to explain away the Panic and unrest are invented out of whole cloth specifically to head off investigations and settle the science lest any malodorous interpretations come to light. The Opium Wars wrecked Chinese coastal towns and occupied Hong Kong.(link) American missionaries flocked there and sparked exponential growth of evangelical fanatics which spread Taeping civil war throughout China until after America's own Civil War over import tariffs subsided.

Remember the Indian Mutiny? Ignorant, superstitious hindoos and mussulmen, the story goes, were told that the measured gunpowder sachets for loading muskets had been waterproofed with: (A) beef tallow (if Hindu) or (B) pork lard (if Mohammedan). Outraged, the ignorant savages attacked their Christian benefactors only to be brutally put down--more in sorrow than in anger. Nowhere in any of these fabrications will the reader find a hint that during the Mutinies the British were burning down Chinese cities at that same time in the Second Opium War. Any such realization would make the Mutinies look like a master stroke of Chinese diplomacy in a neighboring country overrun and enslaved by The Anarchy of the EIC.(link)

Bartenders on America's West Coast are perhaps to this day required to discriminate and inquire into the ancestry of patrons to exclude formulaic Native American ancestry categories as carefully as German National Socialist laws screened against anyone having Jewish ancestors.(link) Are the Chinese extra-susceptible to opiates the way Amerindians are deemed extra-susceptible to alcohol? If so, is the violence of prohibitory law a solution?

Teetotalitarianism has in the past shown itself a mechanism that failed, destroyed national economies and resulted in violent revolts and upsurges in totalitarian coercion. Most people are unattracted to opiates just as most people do not guzzle alcohol until they wake up in a gutter. A mania for coercing everyone at gunpoint to save a hypothetical few from their own poor choices may well be the enslaving habit that needs to be broken.

It is certainly a serious enough problem to make voting Libertarian a worthwhile endeavor.  The initiation of force has since the earliest of mud huts given rise to retaliation. This prompted the Golden Rule prescribing "Do not do unto others as you would not have them do unto you." Eight months after the first military use of fission bombs caused the surrender of formerly enthusiastic aggressors, another version of non-aggression was formulated by Ayn Rand: "For a practical definition, if men merely agree that no man or number of men have the right to initiate the use of force against any human being (and that includes the forcible seizure of his property), that they have no such right for any purpose whatsoever, at any time whatsoever—that would be all we need, that would achieve a perfect Utopia on earth, that would include all the moral code we need."

It is interesting to note that Japan had been used by the British as a sort of cat's-paw for exporting morphine and syringes into China after the antiopium Boxer Rebellion and Boycotts of western exports in the McKinley-Roosevelt years. The combination of Western Imperial dumping in conflict with Eastern Imperial prohibitionism led to a chain of events--1907 Panic, 1911 revolution, Balkan Wars, WW1, Crash, Depression and WW2--that ended in weaponized nuclear explosions.

Get the complete story in Prohibition and The Crash on Amazon Kindle in two languages. After this you’ll be able to explain to economists exactly how fanaticism and loss of freedom wrecked the U.S. economy.

Prohibition and The Crash, on Amazon Kindle

I also produce books and articles in Portuguese, using Brazilian historical sources at http://www.expatriotas.blogspot.com or amigra.us 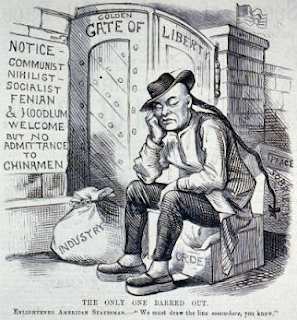